From Bags to Britches: Hillary Taymour of Collina Strada

For most, the “effortlessly cool” aesthetic is a goal. For California native Hillary Taymour, it is a way of life and a business model.

While studying at the Fashion Institute of Design and Marketing and working for another design companies, Taymour launched Collina Strada from her university apartment. Originally conceptualized as strictly a handbag line, the brand’s first launch consisted of over 300 slouchy bags designed and sewed in Taymour’s university flat. Over the course of the year, the designer worked herself to the bone, eventually outgrowing the small Los Angeles design scene.

In 2009 Taymour and Collina Strada made the move to New York City and, while the bags were still made by hand in the designer’s apartment, the move proved to be a definite catalyst in launching the line to its current status as ruler of the indie design scene. Immediately after relocation, the brand secured a collaboration with Need Supply Co. and, shortly thereafter, was picked up by New York Fashion Week’s new designer incubator program Gen Art (responsible for introducing Philip Lim and Zac Posen to the scene). With the cross-country move proving worthwhile, Collina Strada’s production began growing, with more pieces being made and an increased number of different designs available.

After her debut with Gen Art at NYFW in 2010, Taymour’s designs didn’t see the runway again for four years. During this time the label expanded to include lines of ready to wear women’s clothing, premiering with an autumn/winter 2012 line composed almost completely of faux suede. Despite all the changes to the designer’s offerings, Collina Strada continued with the mission statement of fashionable and sustainable clothing with the same minimal-tough aesthetic that drew everyone to her first bags.

A triumphant return to the runways and nine seasons of women’s ready to wear fashion behind her, Taymour continues to look to the future. Her autumn/winter 2016 collection was displayed on androgynous models and included more adaptable pieces like overalls alongside nondescript jeans and sweaters to suit all genders, hinting at a possible gender neutral collection or even a men’s line in future seasons.

Currently, you can find Taymour taking over the realm of home décor at Social+Studies, where she co-designed a line of full-length steel, copper, and marble mirrors with more of the collaboration’s designs slated to crop up this coming May.

Despite a brief look behind the scenes revealing all the effort that has gone into making Collina Strada an indie powerhouse, it’s safe to say Hillary Taymour is still effortlessly cool. 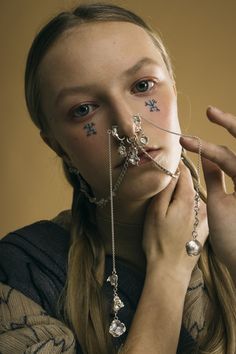 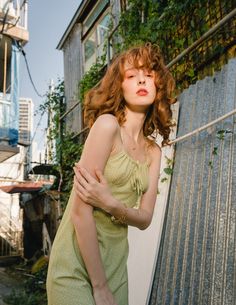