Since her debut in 2007, Iris van Herpen has been recognized as a forward-thinker. Having experimented with new fabrics and technologies, such as 3D-printing, her designs are often considered sculpturesque, and are at the forefront of innovative fashion design. A plethora of her works have been featured at The Metropolitan Museum of Art, New York; the Victoria & Albert Museum, London; and the Royal Ontario Museum, among others.

While the topic of fashion as art is highly debated within both the fashion and art industries, Iris van Herpen’s merging of both craftsmanship and technology in the production of her garments leave the viewer with no doubt that her creations are works of art. Her innovation and leadership within the industries has left artists and designers alike wondering what this means for the future of craft.

“[Iris van Herpen] is always about exploring multiple ways to make her idea become a reality,” says Schleuning. “What is most interesting, is when the idea is the most forward part of the piece. It’s about what is the intent behind it and then how people work to make that possible.”

In that, it is less the media that Iris van Herpen has introduced, but more so the blend of craft and technology, and using these mediums as a way of physically manifesting an idea. “It is not that media is excluded from [the idea], but really how [the artists] are problem solving what their idea is,” says Schleuning.

While 3D-printing is the technology that put Iris van Herpen’s work on the grid, it is quickly becoming a thing of the past. When it was first introduced, it was novel and exciting, providing artists with a means of expressing themselves in a way they wouldn’t otherwise be able to, says Schleuning. This innovative technology allowed designers to render their ideas in a way that was never before seen, and otherwise not achievable.

As for the technology itself, 3D-printing is not going away, says Schleuning, on the other hand, the artists who were interested in it initially have moved beyond it. “The timeframe moves so fast now,” she adds. “If you look at [Iris van Herpen’s] early stuff, five to seven years ago, and the advances between what they were doing with 3D-printing then and now, she can’t even really do what she did in the past. The technology is advanced, to make an exact version of what she did in 2014 is probably not possible.”

So, where does this leave the future of design? “Certain people love to experiment with new technology and explore how they can utilize it, but a great idea is always needed. This is the relationship that needs to happen,” says Schleuning. “I still think that people are very interested in the hand and the sense of materiality, that things are made by people or that there still is that idea of authorship or craft.”

Sarah Schleuning adds that anything the viewer sees that has been made with a machine still requires handwork. “There are always these layers that still require the tactile nature of making.” She states that this is what makes it so inspiring, as well as invigorating, because creativity takes many forms and you’re always learning different ways that people make, think and imagine.

What does this say about the future of technology and craft in the world of design? An increasing abundance of artists and designers are creating new works and revisiting existing ones. Ultimately, leaving the future of design in a direction that has more to do with the exploration of ideas, rather than the medium in which they are presented.

“You need people out there pushing [their] ideas and thinking about interesting and creative ways to harness them for their own visions.” 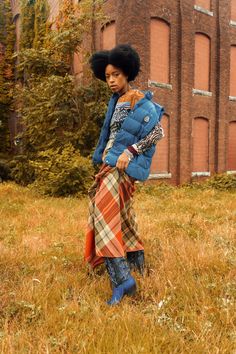 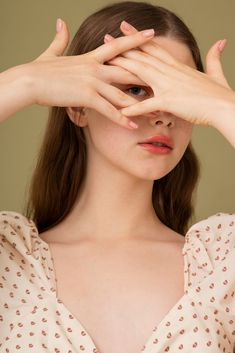