Art in the age of interaction and technology.

On the heels of this year’s Met Gala where Vogue showcased the intermingling of fashion and technology, we should take it as an indication that art is redefining the boundaries and the rules of creative collaborations. One place to examine such work is the Chromatic Festival taking place in Montreal from May 19th to May 22nd. This festival, which is entering its seventh season, is a showcase of artists from all over the world who are combining different mediums to reach a unique artistic aesthetic. The exhibition will include interactive digital installations, visual arts, and nightly musical performances. The purpose of the event is to break down the hierarchy of the arts and allow a free reign of creativity. In keeping with the influence of technology, there are two specific artists who are not only taking part in the bold collaboration but who are also using interactive elements to include their viewers in the art itself.

One example is Alec Mathewson and his interactive video art. This year he’s presenting an exhibit called, “The Video Fires: Archives Edition”. His video projections are neatly mapped onto pieces of scrap wood gathered from previous installations and delicately placed into the shape of a bonfire. As his viewer approaches, vintage educational, propaganda, and promotional films are revealed in order to expose a past that is supposedly familiar to them. Mathewson’s footage was used from internet archives and sculpted to make an interactive piece that resembles something like wood fueling a camp fire. Not only does Mathewson use technology to draw his viewers in but he also manages to achieve something beautifully organic in the earthy elements of the work.

The second artist is Collectif THTF and they take the physicality of interactive art one step further. The duo originated from France and they bonded over their admiration of graffiti and street art. This year they are showcasing an exhibit called, “Build and prints” and in it they let the viewer be a player in the art. THTF provides various sculptural pieces and the viewer can assemble and interlock the items in whatever way they see fit. Once the viewer is finished they can take a picture of their work with an iPad, change the background of the photo, and then printer compose two copies and one is kept for the exhibit itself. THTF is allowing the viewer to not only play a direct role in the outcome of the art, but they can also use technology to alter the aesthetic of the creation and then incorporate it into the exhibit.

The Chromatic festival is an event where art is redefined, the boundaries are blurred, and more importantly, the viewer is meant to get involved. And finally, in an age where technology is at the epicenter of communication these artists use that exact medium to create the art itself. 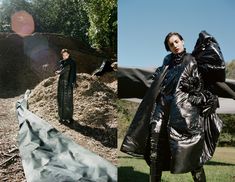 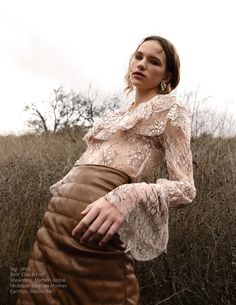