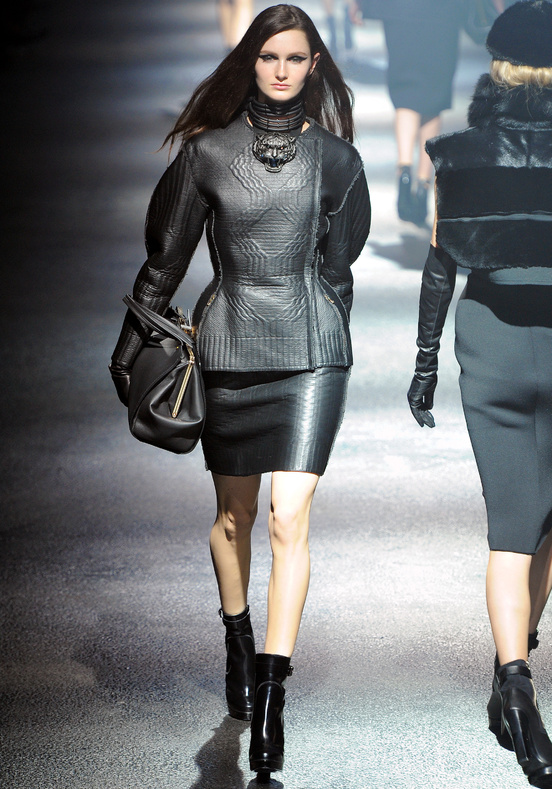 Lanvin’s fall/winter runway show of 2012-2013 enormously pleased me. On one hand, thank to the colourful clothes (because, for some reason, in winter shows, designers always appears to prefer dark colours.) Also, since Lanvin’s collaboration with H&M, I have learn to appreciate the elegant, feminine and extravagant touch they bring to their clothes.

I particularly enjoyed the exquisit cuts adjusted to the hips, giving a sexy but still very classy look. Especially with the rectangular shape Albert Elbaz, the creative director of the brand, gave to some dresses hips for a more spectacular but unwearable twist. Those exaggerated hips, especially in this fall collections, remind me of those dresses from the Renaissance. 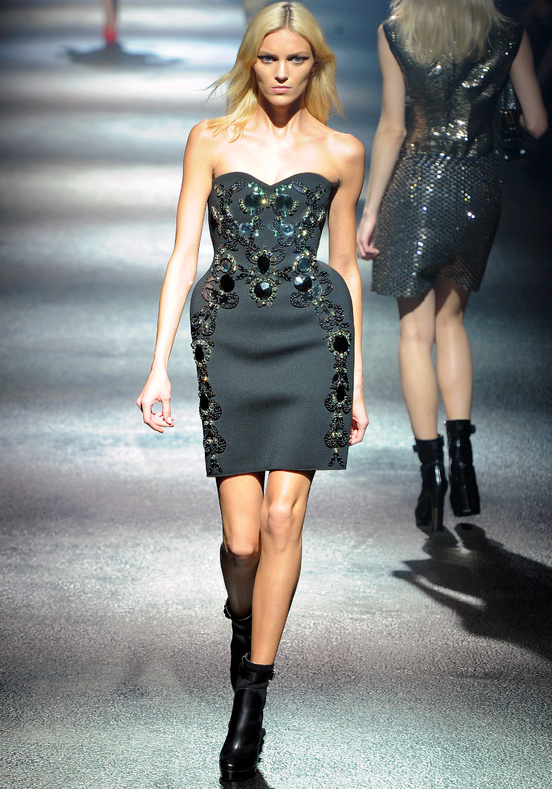 In the previous seasons, we have seen a new interest for the collar. Recreating jewelry collars for shirts, putting studs or laces on them and offering an incredible amount of collar necklaces : collars were everywhere. This season, Lanvin pushes the trend one step further. Indeed, with a futuristic approach, collars are wider and more spectacular. He is no longer a childish touch to the ensemble. The collar raised behind the neck seems to us as an avant-garde alternative to the tight collar with which we have been flirting with for a few seasons. 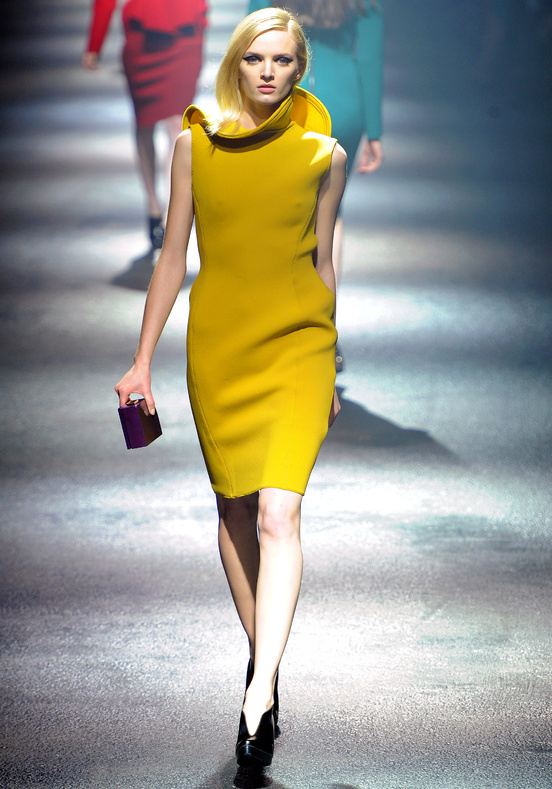 I loved the eclectic jewelry worn by the models. The dark jungle animal (tigers, elephants…) , the lips engorged with blood and pendants with enormous jewels have brought to the outfits a little high class eccentricity typically Lanvin. Look-a-like will surely appears massively in broadly stores such as Aldo and H&M, to be wear with contrasting clothes. 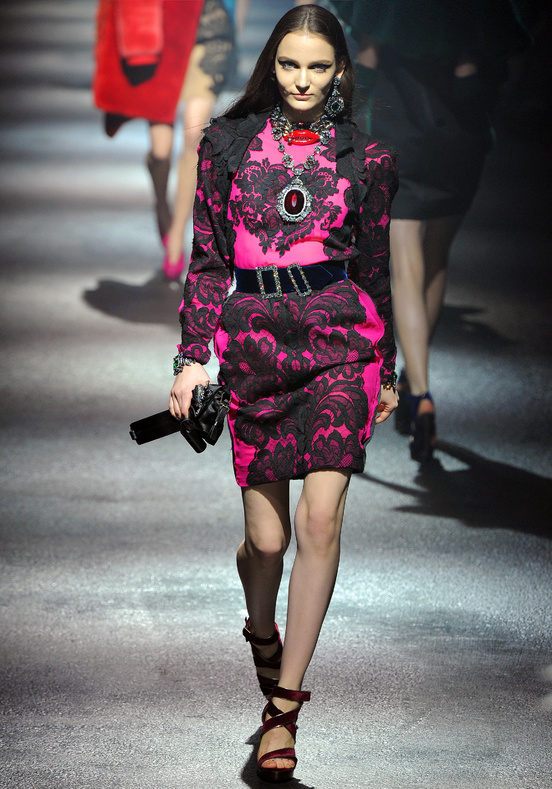 In the end, I loved the particular attention Albert Elbaz has given to the leather, adding texture to it and, thereby, renewing the rebel tissue. Colourful gown illuminate the dark runway with simple, minimalist cuts, letting all the attention to those beautiful corrugated collars. The brand has also followed his old habits by giving to their clients a great amount of evening gown mixing classy and feminine cuts and sparkling touches.

Here is the entire show: